50% OFF Wispr Otoscope. Use Coupon Code ‘WISPR50′. While Supplies Last. 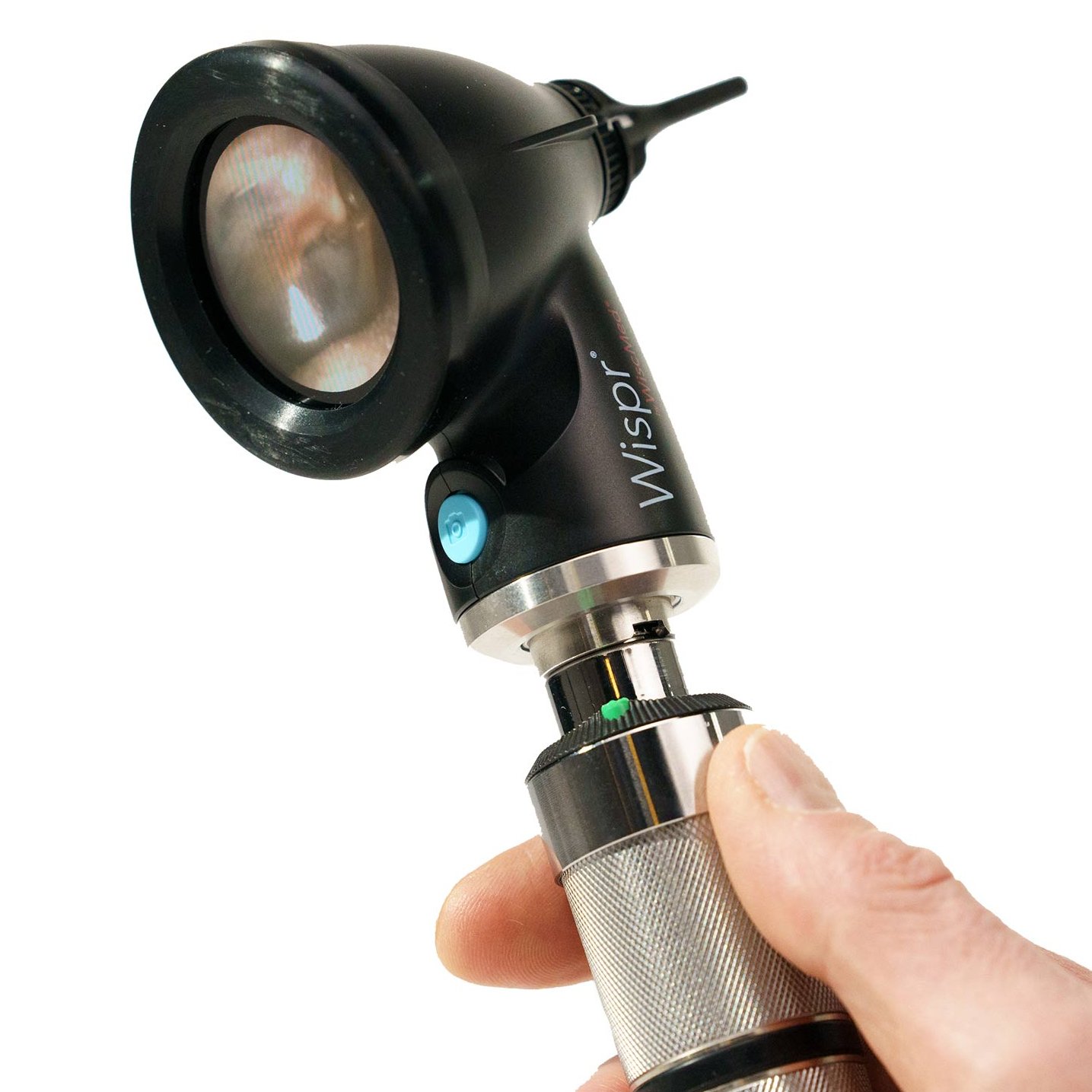 Here is the abstract:

Background: The otoscope is a core diagnostic tool in Emergency Medicine and plays a key role in the evaluation of pathology of the external and middle ear. The traditional otoscope allows direct visualization of the external auditory canal and tympanic membrane through an illuminated speculum. Digital otoscopy, in contrast, involves projection of the diagnostic camera image onto a screen, thereby allowing review and storage of obtained images. A survey was conducted to examine Emergency Physician preferences regarding otoscope modality.

Methods: A preference survey was distributed to faculty and residents at a single-center, academic Emergency Medicine department. At the time of survey distribution, digital otoscopes had been installed in all pediatric rooms for 18 months, with 3 additional units available for the adult department. Participants were screened for clinical role, as well as experience with both traditional and digital otoscopes. Physicians were queried regarding overall preference, as well as several specific preference areas, including patient/parent satisfaction, antibiotic stewardship, quality of diagnostic information, and documentation.

Discussion:  This was a QI survey of EM faculty and residents at a single university setting emergency department. This data suggests that emergency providers across all surveyed groups prefer digital over traditional otoscopy, with the strongest contributing factors being improved diagnostic information and documentation.  Preference for digital otoscopy was strongest among residents, with attribute data suggesting that this was driven by improved ability to document and review findings. Perception of patient and family preference was likely influenced by practice setting, as most resident experience with the device occurred in the Pediatric Emergency Department where family preference may play a stronger role. Overall, these findings suggest broad physician support for the adoption of digital otoscopy in the academic Emergency Department setting.