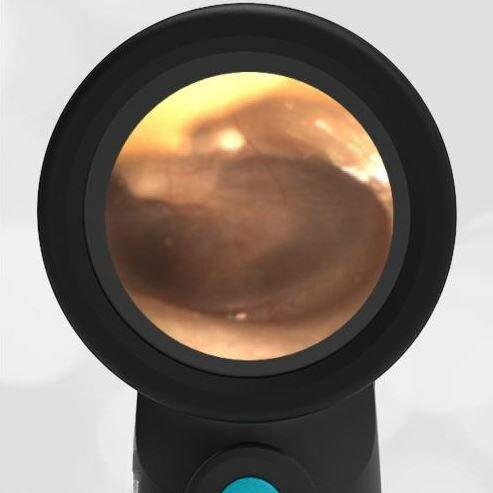 In this article we discuss how an accurate ear exam made a critical difference in the care of a pediatric patient. This 20 month old male was misdiagnosed with bilateral ear infections during the COVID-19 pandemic. His actual diagnosis was far more worrisome.

A 20-month-old male presented to the emergency department with a fever and rash.  The child was seen in urgent care the previous morning for the same complaints and diagnosed with “bilateral ear infections.”  He was started on the usual antibiotic and had taken three doses.  Mom reported that the child continued to have a fever and was fussier, so she brought him to the Emergency Department (ED) for re-evaluation.  Upon further questioning, she stated her child had a fever up to 103 F each of the prior five days.  Also, she noted the appearance of a diffuse non-itchy rash yesterday.

The Physical examination was significant for a nontoxic but irritable toddler. An exam with the Wispr Digital Otoscope was performed and pictured below.  The remainder of the HEENT assessment revealed bilateral non-purulent conjunctivitis with limbic sparing.  He had a morbilliform rash on the trunk and extremities.  Both hands and feet were slightly swollen and tender. 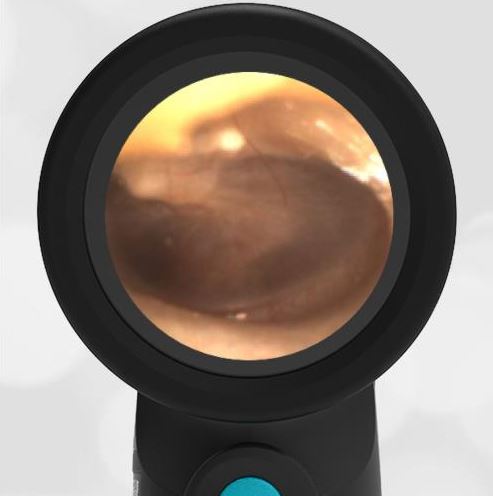 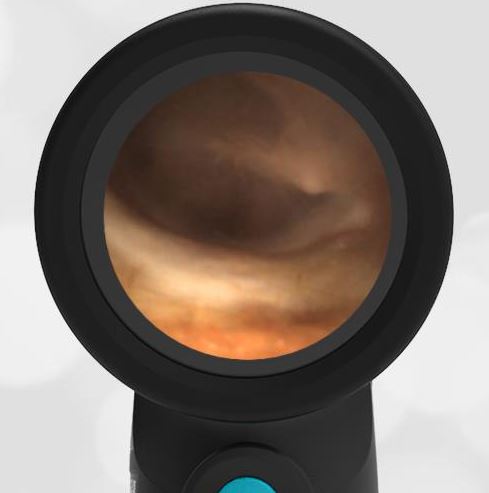 The tympanic membranes (TMs) are normal with no evidence of erythema, bulging, loss of bony landmarks or middle ear effusion. This is not consistent with acute otitis media (AOM).

Clearly, the source of fever for this child was NOT acute otitis media (AOM) and demonstrates, once again, the importance of an accurate ear exam in the febrile child.  In this particular case, the misdiagnosis could have had potentially severe consequences since the child presented to the ED with signs and symptoms of a more worrisome condition as the true etiology of his fever.  With the constellation of five days of fever, bilateral conjunctivitis, swollen hands and feet, rash, and elevated inflammatory markers, the differential diagnosis included incomplete Kawasaki Syndrome (KS).  Also, given the current public health crisis, Multi-System Inflammatory Syndrome in Children (MIS-C) which has overlapping features with KS was entertained.  Thus work-up in the ED included SARS-COV-2 PCR which was negative.  However, his IgG antibodies to the virus were positive, indicating past exposure and elevating MIS-C as the likely etiology of his illness.  He was found to have additional systems involved with elevated B-natriuretic peptide and mildly dilated coronary arteries indicating cardiac involvement as well as increased d-dimer and fibrinogen consistent with the highly inflammatory state (and potential hypercoagulable state) observed in COVID infections.

Current management for incomplete KS and MIS-C are similar and the child was admitted and treated with IVIG and aspirin.   Over the course of four days, he improved clinically with no fever and down-trending inflammatory labs.  He was discharged home in good condition with appropriate follow-up arranged with multiple subspecialties.

This is an interesting and timely case given the Covid-19 pandemic (November 2020).  It also provides the opportunity to highlight a couple of important points pertinent to the ear exam.  The first point is that we have all found ourselves in a situation where an examination of the tympanic membranes (TMs) is suboptimal and thus our assessment likely to be less accurate.  Perhaps we might even have been biased toward AOM because we have not found any other source of the fever.  Thus, it is not surprising that without a clear view of the TMs clinicians might fall into the trap of over-calling mild or nonexistent findings as otitis media.  This is likely what occurred in the present case.  This 20-month-old was fussy, anxious, and not in a mood to allow any more than a few seconds to look at his TMs.  Fortunately, with the Wispr digital otoscope this is all that is needed (5 seconds for the right TM, 6 seconds for the left – see videos below).  And once images of the TMs are digitally captured, we can step back and closely analyze them for physical indicators of pathology while the child sits comfortably in his mom’s lap.

The second point of discussion was the question of whether or not the child could indeed have had TM changes consistent with AOM, and that our current findings represented a clinical improvement.  In other words, how quickly can TMs return to normal after initiating antibiotics?  The answer to this question is that the development of AOM is a continuum with the development of middle ear effusion (MEE), progression to acute otitis media, and resolution with the persistence of MEE for a period of time.  Given the lack of MEE on our Wispr exam, it seems highly unlikely that one day prior there had been an infected MEE consistent with AOM.

At Wispr University we have a presentation on  ear anatomy that is helpful for understanding what “normal” looks like.